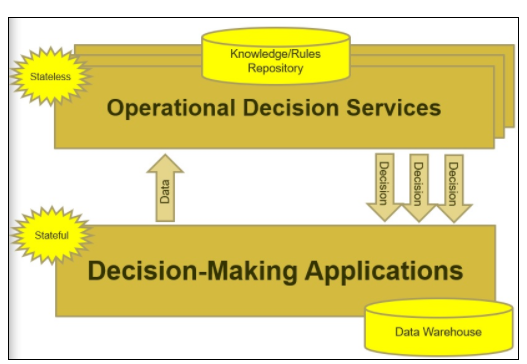 Decision services are based on business decision models usually created, tested, and maintained by business analysts in the Rules Repository using only familiar tools such as Excel (or Google Sheets) and OpenRules Decision Modeling IDE.

Tested decision models can be deployed on-premise or on cloud using the standard frameworks provided by major vendors:

To support Choreography of decision services with event streams you may use OpenRules  State Machines.

OpenRules Decision Manager supports the development of domain-specific libraries of decision services as described on the following diagram:

You may download, analyze, and execute Loan Origination Services created on the top of such a library.